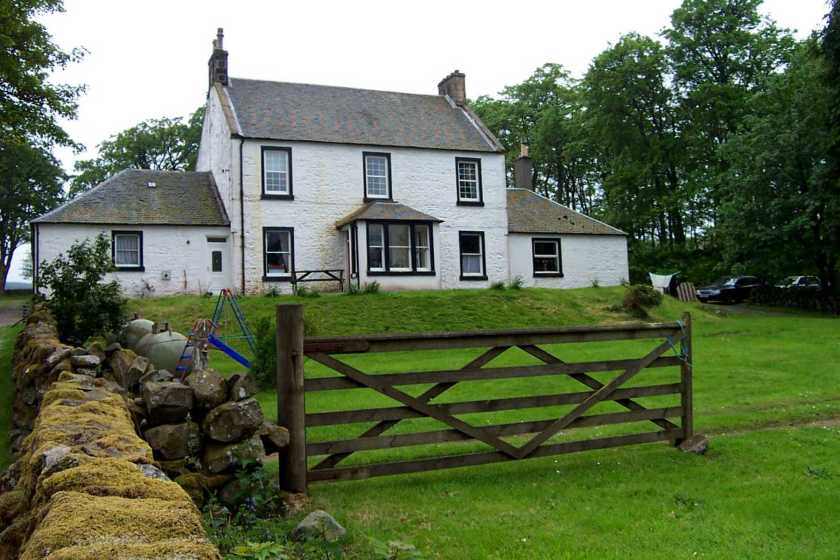 Thomas Campbell was a near neighbour of his cousin John Logan of Knockshinnoch & Laight and a regular visitor to the Logan household where he became besotted with his young cousin Jean Logan. However she only had eyes for a travelling salesman called Sandy Pagan, and in 1773  much to her family’s and Thomas’s disappointment Jean ran away with him and the unlikely pair were later married.  This rebuttal did not appear to have impacted on Thomas Campbell’s friendship with his cousin John Logan of Laight for it was perhaps through this friendship that Pen had met with his fellow bard Robert Burns. Sadly the two would never meet again, but Pen apparently made a big impression on Burns, as is evident in his letter of remorse to Campbell of Pencloe.

I have met with few men in my life whom I more wished to see again than you, and Chance seems industrious to disappoint me of that pleasure. – I came here yesterday fully resolved to see you and Mr Logan at New Cumnock, but a conjuncture of circumstances conspired against me. Having the opportunity of sending you a line, I joyfully embrace it, – It is perhaps the last mark of our friendship you can receive from me on this side of the Atlantic, – Farewell! May you be happy to the wishes of parting Friendship!

Thomas Campbell married a dairymaid and left New Cumnock and moved with his wife to Starr, near Loch Doon where they had a son and a daughter.

Thanks to Alexander (Sandy) Murray the current proprietor of Pencloe it has been possible to unearth connections between Thomas Campbell and other known acquaintances of Robert Burns. Many old documents – dispositions, minutes of sale and sasines – associated with Pencloe (often referred to as Penclove) have survived and one of particular interest, the ‘Minute of the Sale’ between Thomas Campbell of Pencloe and William Farquhar of the neighbouring property of Lochingerroch , dated 9th October 1778, is signed by witnesses Gavin Hamilton, John Richmond and William Logan.

Thomas Campbell lived to be an old man and in 1831 died at Dalmellington. Meanwhile, his lost love  Jean Logan had returned to New Cumnock and ran her own draper’s shop in the Castle. His last words were saved for  Jean. He visualised his funeral procession going along the Castle towards the Kirkyard and Jean stepping out the shop door to exclaim ‘Hech, Sirs ! there gangs auld Pen’. But that shop door didn’t open, for Jean died a few days after Auld Pen had passed away and a few days before his funeral. If only Rabbie had still been alive what words would he have conjured up for such a melancholy episode.