The “Lime Craigs” shown in the 18th century map of Ayrshire lie on the lower slopes of Craigdullyeart hill in the parish of New Cumnock. Nearby stands the much more impressive Corsencon hill while to the south-west sits the house and gardens of Garrive, which would later be renamed Mansfield by the new landowner (naming in honour of his wife’s family name).

The lime craigs, an outcrop of limestone in this corner of the parish stretches from Guelt in the north (the limestone quarry was in the parish of Old Cumnock while its limekilns sat in the parish of New Cumnock) to Glen in the south, with Craigdullyeart between the two.

“An extensive Quarry, where limestone is procured – chiefly by mining – together with limekilns, situated on the Mansfield estate and near Craigdullart from which the name is derived” .

The extent of the quarry is well illustrated on the map below which also shows the tracks from the inner workings to the three limekilns to the south, that sit close to the continuation of the Mansfield road that runs past Craigdullyeart cottage, now gone.

The remains of the limekilns can be seen behind the wooden gate on the left and sit just off the continuation of the Mansfield Road past Glen Farm (to the south) and on to the now ruined Craigshiel farm. 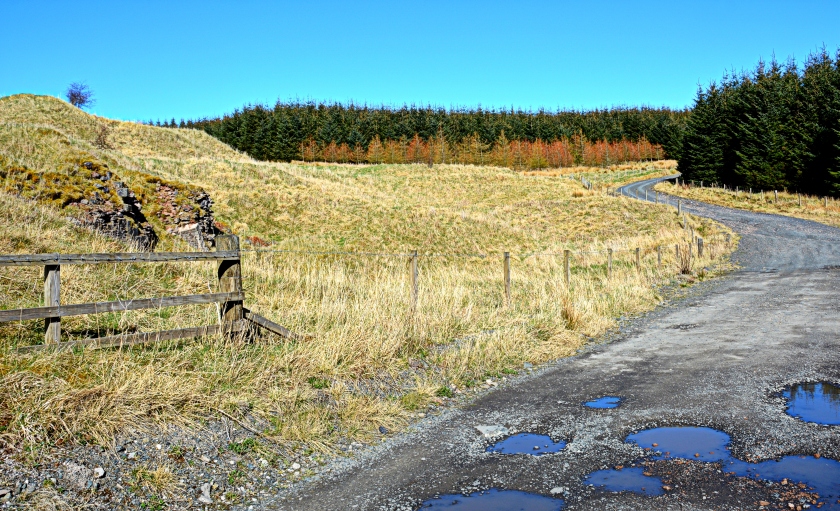 The access arches of two kilns are still visible with the remains of a third to the right. Check out the link to RCAHMS Canmore site or a photo showing all three in good condition. 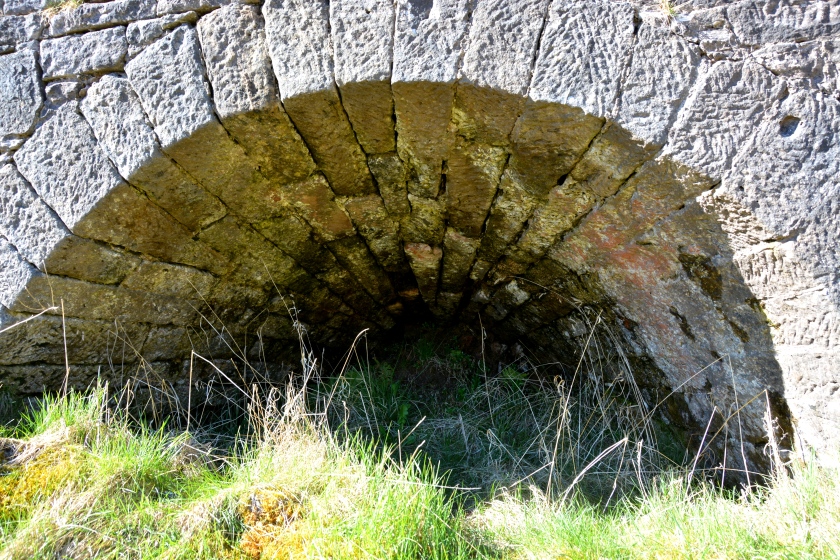 The limestone quarry at Craigdullyeart is known locally as the Corsencon caves due to its proximity to Corsencon hill that dominated the landscape in this corner of the parish and the cave like chambers that the lime stone miners hewed out the rock. A popular place to visit it is sad to say that it suffers from fly-tipping by a few people who couldn’t care less a about the countryside or the community.

The lime craigs that give rise to the name Craigdullyeart

The Canmore entry contains an image of three draw kilns