James Paterson in ‘History of the Counties of Ayrshire and Wigton’ writes of the Cuthbert family of Dalleagles – ‘This family is apparently the only existing branch in Scotland of the ancient house of Castle-hill, Invernesshire, from which it derived its descent in the reign of Charles I.’

A branch of the family appear in Ayrshire in the guise of Samuel Cuthbert, a Virginian merchant and  a wine merchant in Ayr . He married Agnes Reid and together they had 13 children including James Cuthbert who succeeded his uncle William Reid to the Ayr Wine Company, based in Academy Street in the town.

Paterson notes that James Cuthbert ‘had the honour of supplying his late Majesty with sherry‘. In 1805 he married Elizabeth Campbell , daughter of Arthur Campbell, Auchmannoch (Sorn) and in the same year he bought the lands of Dalleagles from Hugh Ross of Kerse. He passed away in 1836 , aged 73 and he and his family are buried in the Auld Kirkyard, Ayr . 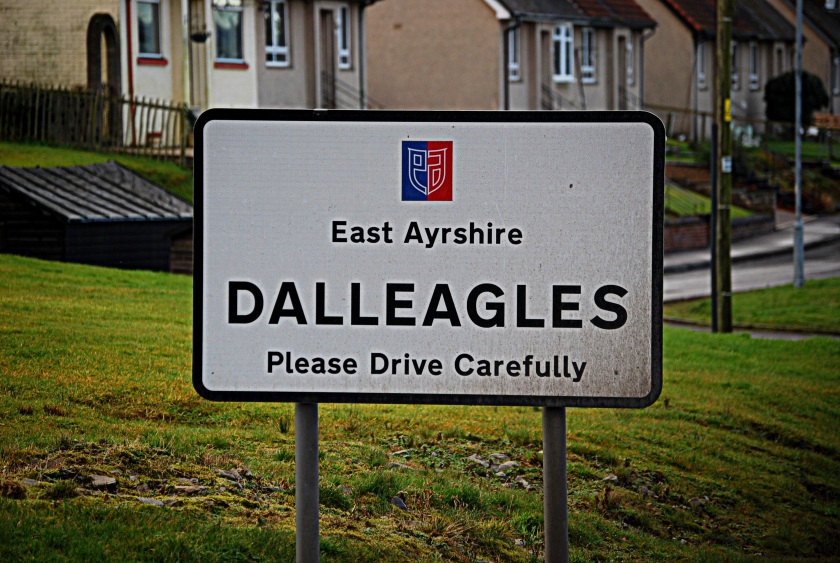