1. Culture and Heritage including Burns

Ayrshire and Arran has a rich and diverse heritage that has many aspects of international renown, most obviously Burns. Although Burns is a key attractor for many tourists, there is much, much more on offer, spanning our social, religious, military and industrial past.

There is also a vibrant and varied cultural life for visitors to enjoy and participate in, including historic attractions, museums, galleries, theatres and contemporary art. There is an extensive and growing range of archives, and opportunities for access to historical sites and materials that enable the visitor to walk in the footsteps of their ancestors.
We will seek to raise the profile and the quality of presentation of our offerings in this category, making it easier for visitors to enjoy connected experiences in heritage, culture and ancestry, alongside complementary aspects such as food and drink.

SO WHAT DOES NEW CUMNOCK HAVE TO OFFER?

The Bard’s magical ‘Flow Gently Sweet Afton’ doubtless put New Cumnock on the Robert Burns map and indeed a quick google will reveal a number of communities called Afton across the globe. 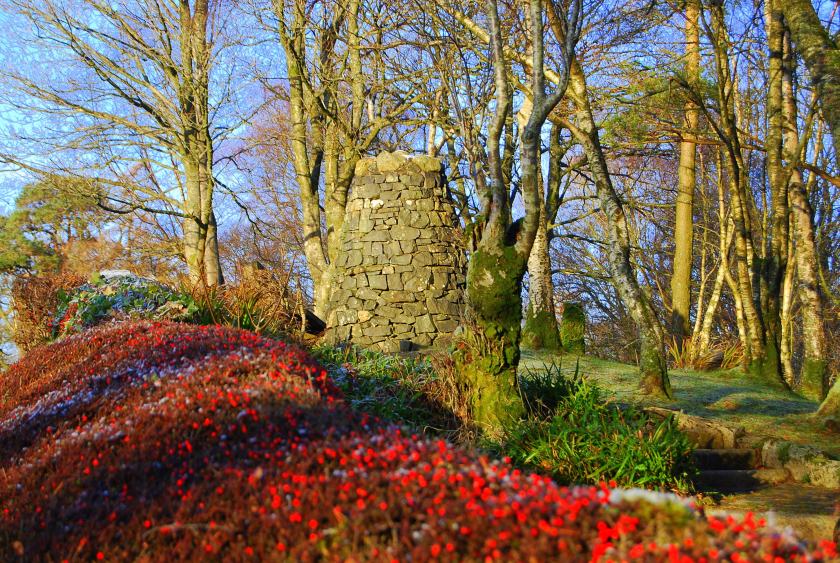 There are however many more Burns’ connections within the parish but why?

New Cumnock was a regular stopping off place for Burns when he travelled back and forth between Mossgiel and Ellisland as he moved his family from Ayrshire to Dumfriesshire.  Indeed in his heart-felt ‘O Were I on Parnassus hill’ he uses the landscapes of New Cumnock, namely Corsencon hill and the River Nith, as inspirations to express his dear love for Jean Armour.While passing through the village, Burns frequented the Old Mill Inn and visited his acquaintance John Logan of Laight, ‘Laird of Afton’ and didn’t miss the parish minister James Young in his caustic attack on the church in his notorious ‘The Kirk’s Alarm’.  The New CumnockBurns Club has created a Burns Trail in the village and his image appears on the stunning New Cumnock Mural next to which now  stands a statue of the bard.

The Afton Manuscript and the Stair Manuscript of poems are named after Catherine Gordon Stewart of Afton and Stair, a major landowner in New Cumnock at the time of Burns.

In 1650 the parish of Cumnock was sub-divided into the two new parishes of New Cumnock and Old Cumnock. A new church was built on the castlehill, overlooking the confluence of the Afton Water and River Nith, to serve the parish of New Cumnock. It was completed in 1659, a year after the death of Oliver Cromwell and a year before the restoration of Charles II to the thrones of Scotland, England and Ireland – turbulent times in Scotland’s history. Three years later, like many other ministers in Scotland, the Reverend Hew Craufurd the first minister of New Cumnock was outed from the church for refusing to conform with the Episcopalian form of church government imposed by Charles II, and was later banished to Ireland. In the struggle for Civil and Religious freedom that followed the Killing Times visited the parish of New Cumnock in 1685 when three Covenanters were martyred on Carsgailoch hill and two others near Cairn Farm.

‘Castle William’ a rocky eminence at the head of Glen Afton near Blackcraig is said to have been home to our patriot Sir William Wallace, the son of Alan Wallace a crown-tenant in Ayrshire. According to Blind Hary , it was from here that Wallace left for Glasgow only to be betrayed, captured and taken to London and executed on 23rd August, 1305. 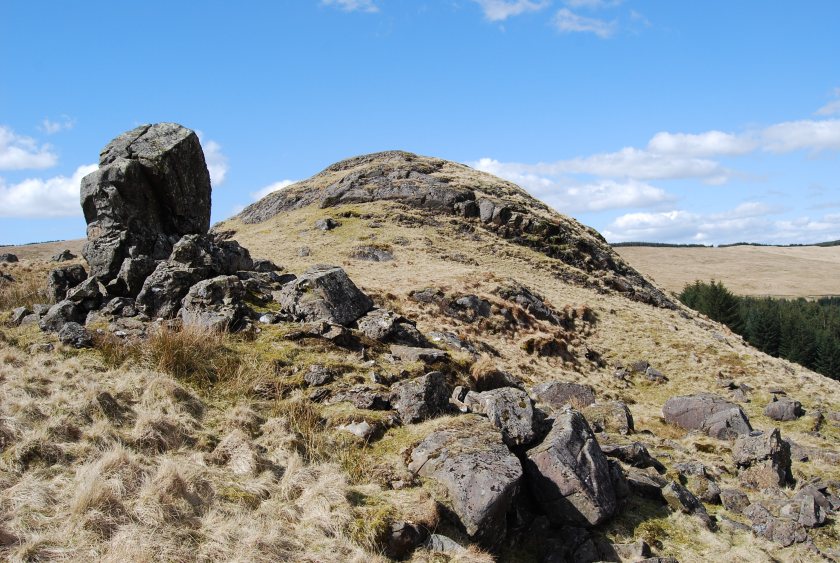 Two years later, in July 1307,  Robert the Bruce and his men evaded capture in the hills of New Cumnock as the occupying English forces and their Scots sympathisers tried to trap the king in a pincer movement and hunt him down with his own sleuth hound. Bruce escaped their clutches and the following month Edward II of England marched a huge army up through Nithsdale and were based at Cumnock Castle, which stood at what is now the heart of New Cumnock, for 10 days. Again The Bruce evaded capture and not for the last time Edward II went homeward to think again.

New Cumnock was (and still is) rich in many minerals.  Copper, lead, graphite and antimony were worked here. Disused limestone quarries and kilns are peppered across the parish while clay deposits were worked to produce bricks and tiles.

“Aboon them a‘ ” however coal was king and one of the early pioneers in developing the New Cumnock Coalfield as a commercial enterprise in the 18th century was Alexander Stewart, husband of Catherine Gordon Stewart, the great patron of Robert Burns.  A number of companies sank a plethora of  pits across the parish and new communities of miners rows were built to house the miners and their families. Consolidation through the centuries saw the emergence of New Cumnock Collieries Ltd in the early 20th century under the stewardship of William Hyslop, Laird of Afton and Bank, the last of the great coal barons of New Cumnock prior to 1947 and the nationalisation of the industry.  Digging coal out the bowels of the earth came at a price and many souls were lost in accidents and larger scale disasters, none more so than in 1950 when 13 men lost their lives in the Knockshinnoch Disaster.

With the emergence of super pits at nearby Barony and Killoch in the early 1960’s the days were numbered for the New Cumnock pits and two decades later Thatcher’s Britain killed off deep mining in Ayrshire. No coming together of cross-party initiatives in those days to try and save thousands of jobs and New Cumnock like many others was effectively put on the shelf and labelled ‘a former mining community‘.

But the New Cumnock of those three great Scots’ icons of Wallace, Bruce and Burns  is much more than a former mining community. Indeed in any case the rich coalfield is still worked today by opencast companies not only providing employment but also supporting community projects in their quests to regenerate New Cumnock.

‘We very much see the end game of ancestral/family tree research being to physically walk in the footsteps of your ancestors.’

For many visitors to the parish these first steps lead them to the Auld Kirkyard in search of the resting place of their ancestors . With the advances in access to on-line genealogical information (Census Records, Old Parish Records etc.) and on-line maps visitors often come well prepared but often rely on local assistance to add value to their trips.

1. Culture and Heritage including Burns

Possible areas of action for New Cumnock …. some of my thoughts